Empower children and families to experience the transforming love of Christ through evidence-based care and holistic services.

Our Mission Empower children and families to experience the transforming love of Christ through evidenced-based care and holistic services.

Our Vision Children and families healed and restored through the love of God. 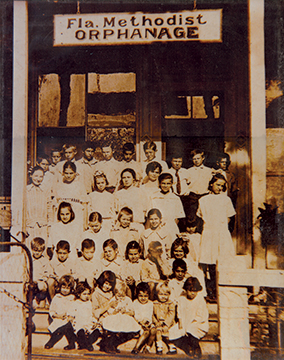 In 1908 The Florida United Methodist Children’s Home was established in Enterprise, Florida as the Florida Methodist Orphanage.

It began with the purchase of one building, eight town lots and a tract of forty acres of land purchased from Miss Emma Tucker for $1,250 dollars. Articles of Incorporation were filed with the State of Florida on June 3, 1908.

The Florida Conference of the Methodist Episcopal Church South began this institution by declaring, “Here we propose, by the help of God and the cooperation of all good people, to found a noble Christian institution for the relief, education and training of destitute, fatherless and motherless children, who may look to us for help.” For over 100 years this has been the guiding principle of the Children’s Home.

The early years of the Children’s Home were difficult as the church sought to build a solid foundation to care for Florida’s children. The Fifth Sunday offering and many individual gifts led to the expansion of land and buildings. During the 1930’s as many as 150 children would be in care at a time. 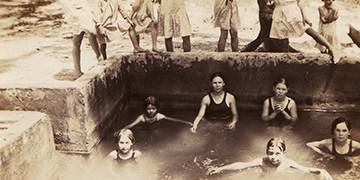 Many important milestones of the 20th century are noted in the records of the Children’s Home.

No deaths were reported during the world wide flu pandemic of 1918. During the Great Depression of the 1930’s the Children’s Home grew much of its own food, tended dairy cattle and raised a variety of animals. As many as 100 former residents of the Children’s Home served in uniform in World War II. 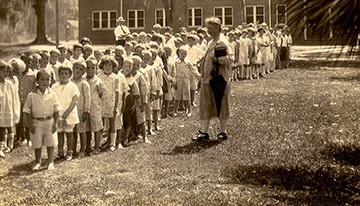 In 1939 our name was changed to The Florida Methodist Children’s Home. 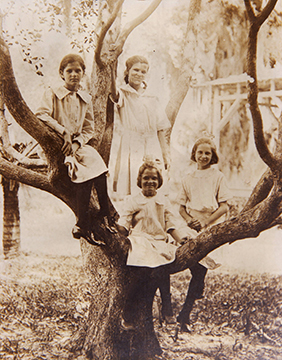 During the 1940’s and 50’s the philosophy of child care began to change.

Children needed much more than three meals a day, a safe place to sleep and basic care. The emotional and psychological needs of the children required a higher level of clinical care and attention. In 1955 the first two cottages were built. Before this time, the boys and girls lived in dormitory style buildings. We now have 14 individual homes that provide a family like atmosphere for each child. Every cottage is under the care and supervision of dedicated house parents and a trained therapist.

The Children’s Home continued to expand during the 70’s and 80’s. Our gymnasium was built in 1976 followed by our campus chapel in 1979. Our Day Care Center began serving the community in 1982. The therapeutic ropes course was added in 1989.

A tremendous period of growth began in 1998 with the addition of the Bruton Counseling Center, Waller-Jeter Cottage, the completion of the Worrell Education Center, and the renovation of Hardin Hall, the largest building on campus.

Throughout its long and valued history the Florida United Methodist Children’s Home has been a haven of peace and a merciful blessing to all that have come into her care.